The Model United Nations (MUN) Secretariat of the Institute conducted its 4th IMT-N MUN on November 16 and 17, 2019, which saw enthusiastic participation that resulted in fierce competition among 150 delegates. The event commenced with the opening ceremony and lighting of the lamp, where the Executive Board members were also introduced. The different committees that were part of this year’s MUN were Disarmament and International Security Committee (DISEC), Economic and Financial Affairs Council (ECOFIN) and United Nations Environment Programme (UNEP). These committees were presided over by an Executive Board with the members bearing an impressive bandwidth of MUN participation and chair experience.

This two-day affair saw opinionated delegates forming cartels, engaging in secret lobbying and supporting or defying other delegates. The length and breadth of the event was covered by the International Press and they were instrumental in the swift and well-rounded coverage for ‘MUN Times’ – the official newsletter summarising the motions and resolutions, and different emotions captured through the lenses. Commendable performances by the delegates won them several accolades along with prize money, trophies and certificates of achievement. The list of winners is as follows: 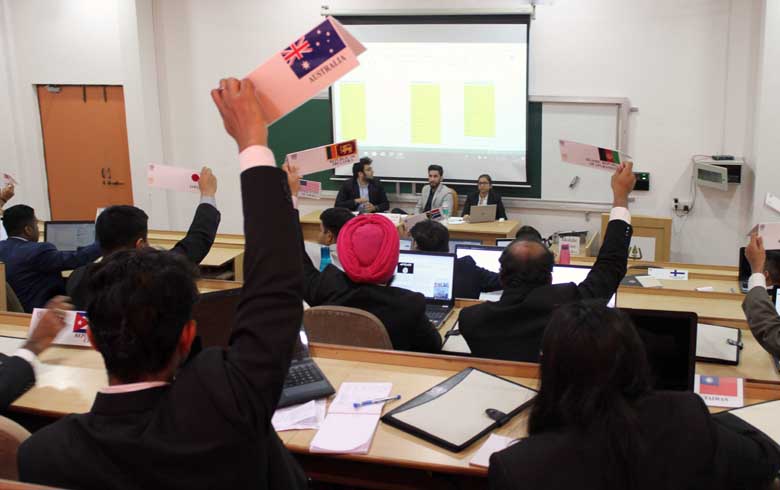