Institute of Management Technology (IMT) Nagpur, organised third edition of Model United Nations (MUN) 2018, a two-day conference on December 8, 2018 and December 9, 2018, in association with the MUN Secretariat of the Institute. The event commenced with lighting of the lamp by the esteemed chairpersons and faculty members, following which the Secretary General of MUN 2018 declared the session open.

deliberated upon issues pertaining to Belt-Road Initiative, Climate Engineering, Collateral Damage due to Trade and Tariff Wars and an Armed Confrontation between Iran and the US or one of its allies. The power packed sessions were convened by a rich foliage of experienced executive board consisting of Mr Sayed Fahim Ali from Bangladesh, Mr Shubhashlok Dwibedy from TATA AIG General Insurance, Ashesh Das from National Institute of Industrial Engineering, Mumbai to name a few.

The first day of the MUN session ended with Ball Night organised by Ovia, the cultural committee of IMT Nagpur and Gala Dinner organised by the Mess committee of the Institute, exclusively for the delegates and guests, giving them an opportunity to indulge in amicable interaction with each other and dance the night away to glory.

The second day of the event started on an electrifying note with the delegates intensifying the stand taken by their countries and deliberating on key issues pertaining to the agendas, which led to the drafting of the final resolutions to be mandated and followed by all the nations. This two-day intellectually powered caucus was extensively covered by the International Press, who reported the tautness and deliberations amongst the delegates of different nations. The event reached its culmination with the delegates getting rewarded for their excellence during the deliberations, earning the winners the title of ‘Best Delegate’, ‘Best Position Paper’, ‘High Recommendation’ and ‘Verbal Mention’. 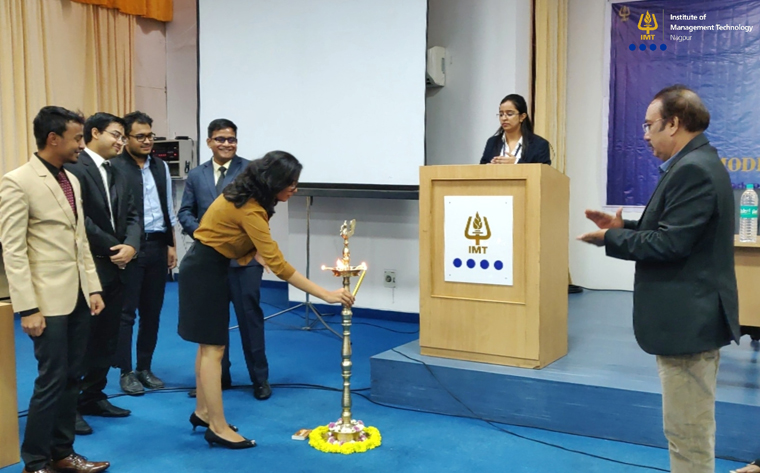