The event commenced with the lighting of the lamp by Dr V K Khare, Dr Subhajit Bhattacharyya, Director and Dr P Janaki Ramudu, Dean (Academics) of the Institute. It was followed by the Director’s address to the gathering where he shared the legacy of Late Shri Mahendra Nath and his invaluable contribution towards the field of education. Later, Dr V K Khare delivered a lecture on ‘Economic Scenario in the Power Sector’ where he shed light on the role that the power sector plays in the development of any nation. He also explained how the entire country was brought under the same electricity coverage with the ideology of ‘One Nation, One Grid’.

Dr P Janaki Ramudu concluded with the formal vote of thanks. Faculty, staff and students, under the supervision of Dr Subhajit Bhattacharyya, contributed towards the success of this event. 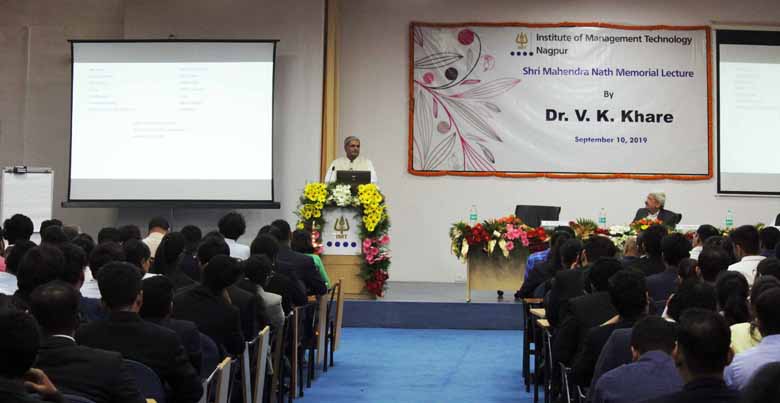