Institute of Management Technology, Nagpur on September 10, 2018 commemorated Memorial Day in memory of Late Shri Mahendra Nath, the Founder Chairman of the Institute. This year, Shri Mahendra Nath Memorial Lecture was delivered by the Chief Guest, Prof Anindya Sen, the Dean of Programme Initiatives- IIM Calcutta. He has also served as the Consultant of The J.P. Morgan, Calcutta Port Trust, Reserve Bank of India and Johnson and Johnson. He has also been the Director-in-charge of Indian Institute of Management, Ranchi.

The event commenced with lighting of the lamp by Prof Anindya Sen and Dr Subhajit Bhattacharyya (Director). Further the Director addressed the student managers with his motivating speech on the journey and the hardships faced by Late Shri Mahendra Nath. He also spoke about how the incidents in his life acted like a ladder that guided him to the zenith. He made a valuable contribution to the society by creating a series of educational institutes called Institute of Management Technology (IMT). Later, the Chief Guest delivered a lecture on ‘Business Innovation’. He emphasised on the importance of innovation, which is a precondition for growth. Fundamental Shock and Period of Quiets were also some of the topics that he elaborated upon. He also shed light on Creative Destruction where he spoke about resistance. 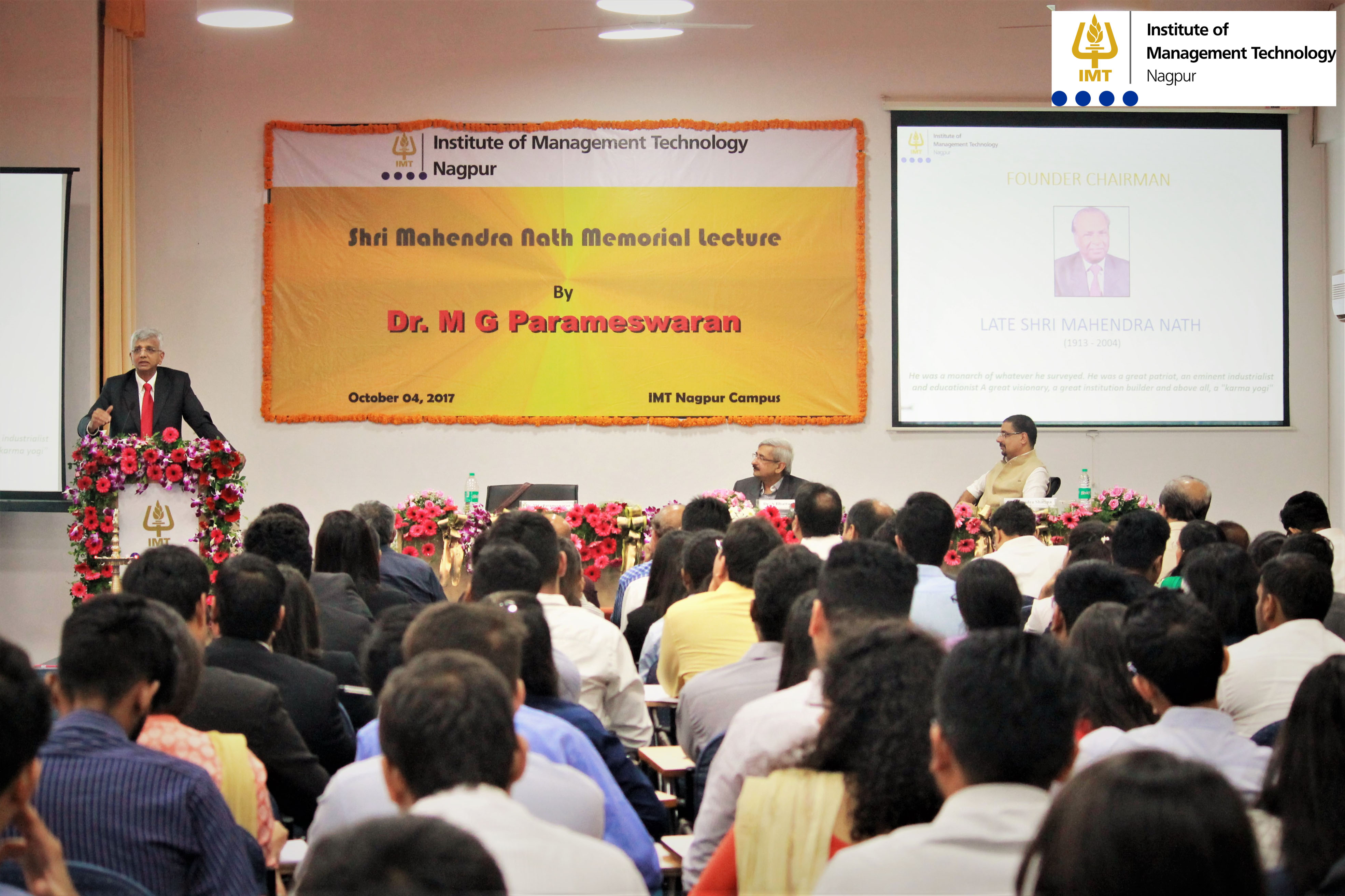