Institute of Management Technology (IMT), Nagpur in collaboration with “ Prahaar Samaj Jagruti Sanstha” conducted its outbound program for the Batch of 2017-19 in June 2017. The event was a juxtaposition of fun and laughter, imparting valuable experience to the students. The program was an initiative to encourage interaction among the students, teach team work and reawaken a wave of patriotism in the hearts and in the minds of the students.

The event began early in the morning with the arrival of students on the site of Prahaar, where they were welcomed by the charismatic Flying Officer Ms Shiwalee Deshpande (Retd). She briefed the student managers about the history of the camp and herself. Further, she also explained how she, along with her father ran training programs for aspiring youngsters wanting to join the Indian Armed Forces and also organised camps for students from multiple institutions. Post briefing, the students were served breakfast, after which they were divided into groups and were asked to come up with names and slogans for their respective groups. Each of the groups was then engaged in several activities that demanded both physical and mental fitness. The activities included tarzan swing, tiger jump, rock climbing, and rappelling. In spite of minor injuries, people could be seen smiling and enjoying the activities.

The activities wrapped up by afternoon and lunch was served. Thereafter, the student managers were introduced to Col. Sunil Deshpande VSM (Retd), who talked in details about challenges that the Indian army had to face during the 1999 Kargil War. He also shared the story behind the name ‘Prahaar’, which Colonel Deshpande started along with the veteran actor Nana Patekar. The presentation ended with the National Anthem, which evoked the feeling of patriotism amongst students.

In the evening, the students were engaged in a game of tug-of-war between the different groups. With this, the outbound program came to an end, which left the students with memories and learnings to last a lifetime. 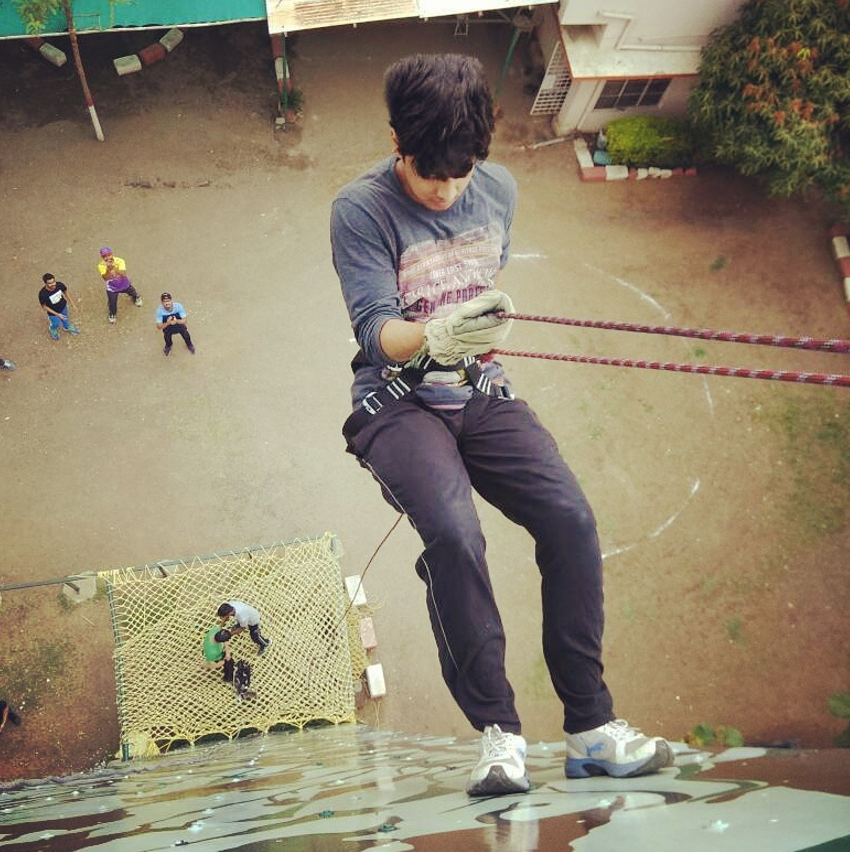