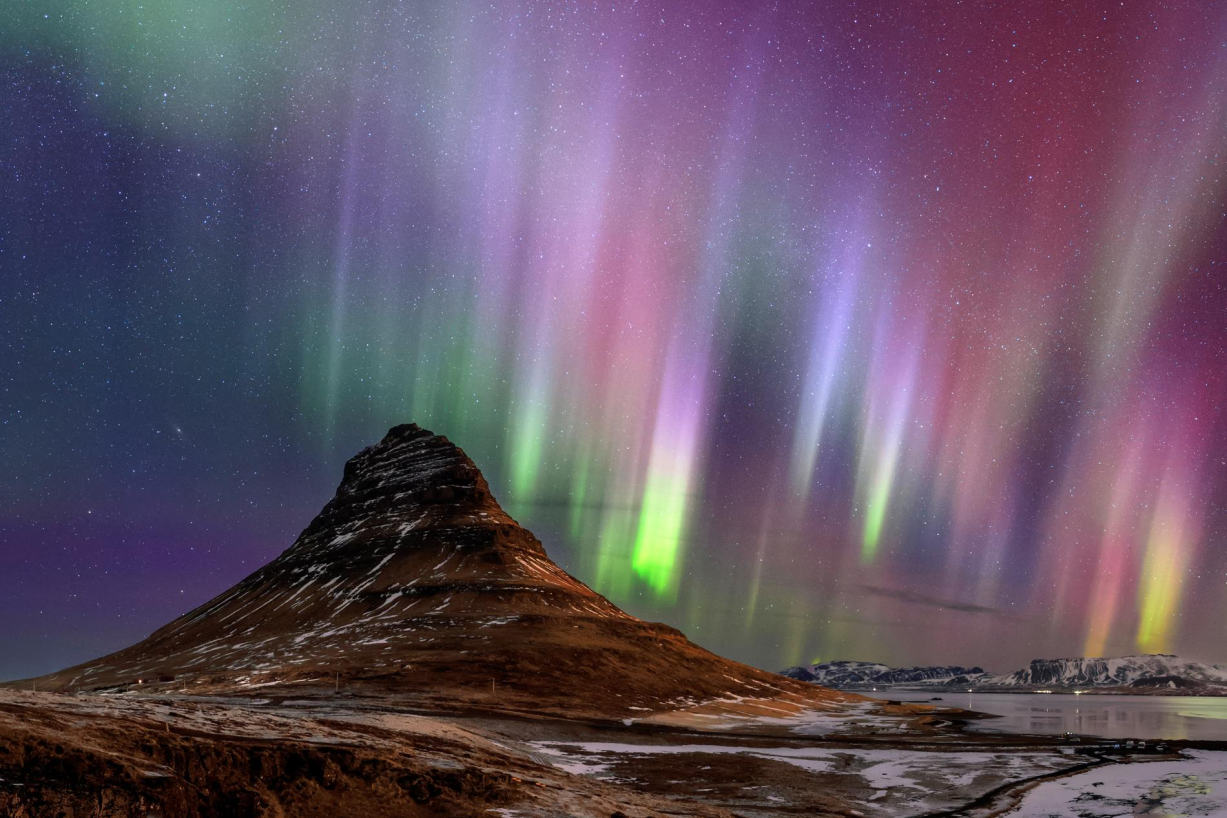 Lily, the blue birdie had a dream. A dream to see the phenomenal Northern lights that her friends from the extreme ends of the earth always bragged about having seen. As much as her heart ached, migration was not in her nature. Her only means to satiate this desire was by making up for what she could not see in person, in stories her friends tweeted in transit. Every story was a little different from the other and each time the story got a little more beautiful, description- a little more vivid and what they fell short of conveying, she made up for in imagination.

When her friends left for the spring ventures, she spent her days on bud-laden boughs finding the colors of the lights in gardens and she bore the faces of the phasing moon against the inky sky every night to sleep.

Seasons changed and stories now became more monotonous, repetitive, incredible, and still not credible with the range of variation. The former ache was now a sinking feeling in her heart. The fear of never finding out what it was like out there. There was only so much she could take, only so long she could hold her heart, there was only one way to find out, even the fear of death was not a bad bargain anymore.

And come next spring, she set out with her brown, grey friends; deaf to their giggles, her heart pumping with exhilaration.

She’d never been on long flights before, a novice- she flew with all her might, leaving the others behind, her bright blue plumage radiant against the bright sky studded with clouds like candy floss.

One moment she was basking in the sun, somersaulting almost in glee, and the next- a snap!

The world closed in on her as a net buried into her downs and confined her wings.

The same brilliant blue she sought after in the lights, had been the end of her journey, on her feathers. The struggle, though in vain, had drained her.

She woke up to sounds emanating from a box. The sky wasn’t in view anymore. no flowers around, no stories either. A tiny human brought seeds from time to time, stared, and made incomprehensible sounds. The only vestige of the northern lights was as a faint account from her grey-brown friends. Until one day, from the box, emerged sounds she understood. There was a whole world in it, including her people. Brilliant lights and colors showed across the dark sky, playing in waves, light shimmering on a curtain in the wind, her eyes welled up, the Northern lights found their way to her. The little boy brought in some seeds, and looked expectantly, she bent and placed her cheek on his thumb, he stroked it.

“You can’t always get what you want” played on the gramophone.