As the train was about to leave the station, her heartbeat was turning into rhythm and eyes had a different sparkle that could glow the world. Finally, after four months she was going home, the place she never thought will make her so nostalgic, as it did now. While so many years passed by living in that brown walled house with her family, it remained constant, regular routines, same talks, nothing was new or different. And then she dreamt of flying away to achieve her dreams, which will make her independent and her parents proud. She was a strong girl now, who could face the world and live away from kinsfolk for her goals. She thought it would be easy to keep away and go on with the flow.

Months passed by and the craving for the warmth of her mother’s embrace, her father’s love and giggles of her sibling started to occupy her mind. She was surrounded with hundreds of people yet no one could match the affection that the roots could give. There used to be late night conversations about work instead of the chat with her father, which she missed. Dinner dates with friends were awesome but the home made food was always missed at the back of her mind. After a long hectic day, when she was tired, she wanted her mother to pamper her with good food and settled room with blend of love by her father, showered in form of those priceless memories through those gifts she wanted and his experience sharing stories.The journey made her very curious, plans to meet to everyone, night outs and long drives. Those long hours board games with cousins and sibling were already set. Good food good life was one of the agendas.

All she realized in these four months was there is no place that could replace the roof that had covered her head from childhood till now with the people for whom she was the princess to their lives. 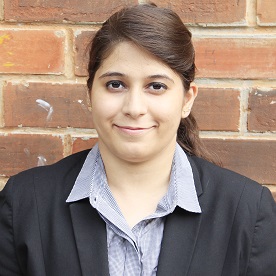