All inequalities can be elbowed out through capitalism. Capitalism is a form of economy where the market is the leader, the decider and the price-maker. In capitalism the consumers are the kings. Negligible state interference gives ample opportunity for the common people to decide what products they want and at what price they want it. Capitalism if flowed in its truest spirit can achieve the goals that Karl Marx so passionately espouses in Das Kapital.

Capitalism provides a platform for anyone and everyone to present their talent to the world and earn money for the same. It empowers people, and antagonistic to the popular perception that capitalism is highly weighed against the lower strata of the society, capitalism actually weeds out any discrimination that could be plaguing any community or society as a whole.

If we talk in the Indian context, capitalism can make a higher caste person drive a car for a lower caste person. A Brahmin can be working under a Dalit. That is the power capitalism can give to the people. Capitalism, by spirit, provides the same platform to every individual on the planet. Unequal distribution of income or money can be addressed through the practice of capitalism.

India has a dedicated industry body for the Dalits known as the Dalit Indian Chamber of Commerce and Industry (DICCI). This in itself is a testament of the fact that capitalism if practiced in its truest sense can achieve the idea considered utopian but envisioned by Marx. Opportunities cannot be provided by the state alone. Opportunities need to be created by the people and people themselves must be able to leverage it to portray their talents and skills in appropriate profitable ways. Wealth cannot be distributed until it is created and wealth creation by itself is the crux of capitalism.

Capitalism has its flipsides, however when more and more people start using the opportunities provided by capitalism to their benefits they end up creating wealth not only for themselves but for the society as a whole. The day when individuals start developing the character of enterprise, all the power of wealth will be in the hands of the common man who has been deprived since time immemorial. Capitalism is for the benefits of the common man and not for a fortunate few. We therefore, must advance the idea of capitalism into a platform for individual wealth creation which over the time would create wealth for the entire society and then there would not be any discrimination or any need for special privileges. Capitalism would bring the varying disparities in the society to an end and human beings will be regarded as human beings. The greatest achievement of capitalism would be to bridge the gap between the poor and the rich by making the poor rich and not the rich poorer. 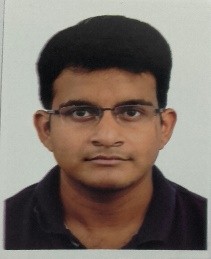